“You are killing a lot of people. Leave Chile!

We do not want your New World order here!”

What's In The Name Iona? 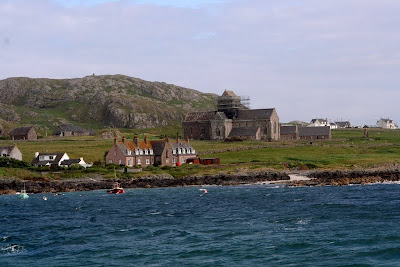 "Three years ago I traveled with my son David to the island of Iona. It just so happened that we were traveling with his wife to be. He didn’t know it then, but he hoped. Now he has named his firstborn daughter, Iona Wisdom Brown...
It was here in Iona that the seeds of the American Revolution were sown. The Christian faith on Iona held the thinking that made America possible. Joe Morecraft explained it this way,

“This is the most important place on earth, for you can trace the reformation and the founding of America to the followers of Columba. Their history belongs to us. Our roots as American Christians can be traced to this community in Iona.”

Nullification: Interview with a Zombie

Nullification is when a unconstitutional bill passes in congress

the states have the right, the duty, not to enforce but to oppose it.

It is history that teaches us to hope.

“The march of Providence is so slow, our desires so impatient, the work of progress is so immense, and our means of aiding it so feeble, the life of humanity is so long, that of the individual so brief, that we often see only the ebb of the advancing wave and are thus discouraged. It is history that teaches us to hope.” ~Robert E. Lee  (January 19, 1807 – October 12, 1870)
Posted by Esther at 1:27 PM No comments:

Silence is Not Righteousness

Some joined us at the abortion mill counseling in spanish, others stood aside praying with their rosary beads, but believe it is more spiritual to say nothing to the many girls escorted inside, taking their babies to their murderer.  ~Dinah
Open your mouth for the speechless, In the cause of all who are appointed to die.  Open your mouth, judge righteously, And plead the cause of the poor and needy. Prov. 31:8-9


Even praying there is perceived as a threat.  The escorts yell at them just for praying.   It's just sad to us that silence is perceived as being more spiritual. Yet we are thankful for their stand for life. One couple brings hot Mexican lunches to everyone.
Posted by Esther at 3:19 PM No comments:

The millstone around the American neck is the Pentagon. The direct cost alone of feeding the military contractors is almost mortal to a sinking economy: $720 billion this year, plus another $120 billion requested for the unending wars, plus huge black programs, the Veterans Administration...

The American Monkey Can't Let Go by Fred Reed
Posted by David at 7:34 AM No comments:

God is Sovereign; God is Good 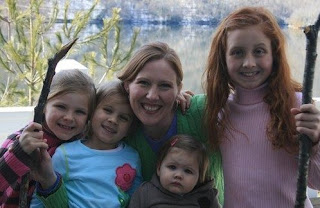 “I tell my girls that I want them to
remember two things forever that I taught them -
God is Sovereign
and
He is so good.
Those are two things that will never change
that will change your life
and give you peace.”
~Anne Morecraft Scarborough
Posted by Esther at 7:08 PM No comments:

America Has Gone Away

"Today no one believes that our country’s success depends on an informed public and a free press. America’s success depends on its financial and military hegemony over the world. Any information inconsistent with the indispensable people’s god-given right to dominate the world must be suppressed and the messenger discredited and destroyed.
Now that the press has voluntarily shed its First Amendment rights, the government is working to redefine free speech as a privilege limited to the media, not a right of citizens. Thus, the insistence that WikiLeaks is not a media organization and Fox News (sic) turning in a citizen for exercising free speech. Washington’s assault on Assange and WikiLeaks is an assault on what remains of the US Constitution. When we cheer for WikiLeaks’ demise, we are cheering for our own." ~Paul Craig Roberts
http://www.lewrockwell.com/roberts/roberts289.html
Posted by David
Posted by Esther at 7:23 PM No comments:

Email ThisBlogThis!Share to TwitterShare to FacebookShare to Pinterest
Labels: Wiki

"I will return again to My place
Till they acknowledge their offense.
Then they will seek My face;
In their affliction they will earnestly seek Me."
Posted by Esther at 9:15 PM No comments:

Email ThisBlogThis!Share to TwitterShare to FacebookShare to Pinterest
Labels: Scripture

Almost Everything Is a Crime in America Now: 14 of the Most Ridiculous Things That Americans Are Being Arrested For

The United States has 5% of the world's population,
but approximately 25% of the world's incarcerated population.
Almost Everything Is a Crime in America Now: 14 of the Most Ridiculous Things That Americans Are Being Arrested For
Support our local police and keep them independent.
Posted by Esther at 9:08 PM 1 comment:

God is Sovereign, not man, not church, not civil government. 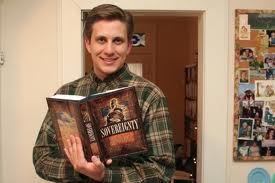 “God...allows only ministries to function under Him, and very limited ones at that. Civil government is severely limited because in Biblical law its taxing power is limited to head or poll tax, half shekel for every man aged twenty or over per year, neither more nor less (Ex. 30:11-16).
The church is also limited, because of the tithe, God’s tax, is to the Lord, not to the sanctuary. One-tenth of the tithe went directly to the priests. (Num. 18:25-6)
Neither church nor state have any valid Biblical grounds for a position of centrality in society. RJ Rushdoony, Sovereignty p. 11
Posted by Esther at 1:58 PM 34 comments: