Grandma's parents met at her mother’s family farm
when he came through with the threshing crew.
She was a good cook and he was looking for one. 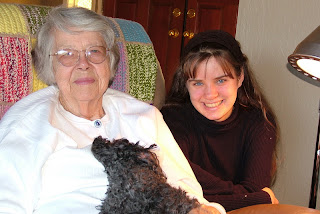 Grandma told us her growing up stories:
of celebrations in the old farm house,
going swimming by the railroad bridge,
her uncle who never married and
played town clown at carnivals,
going to nurse’s training and being at the hospital
when men came in from Iwo Jima. 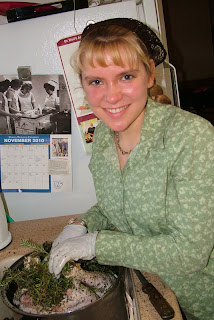 Fresh Rosemary to Stuff the Turkey 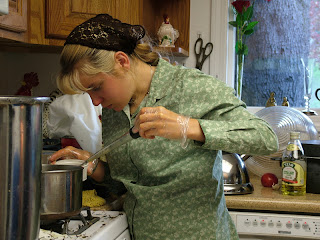 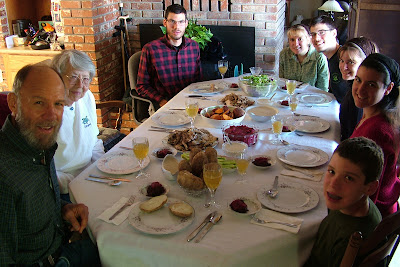 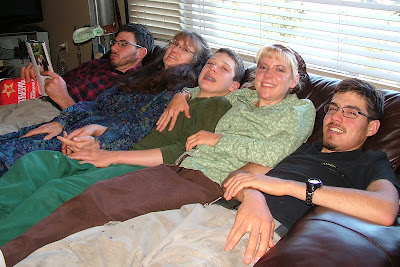 We enjoyed the New York (Street) Gym in Jackson, Ca.
[No photo available] 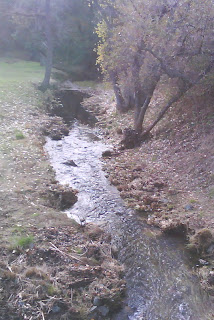 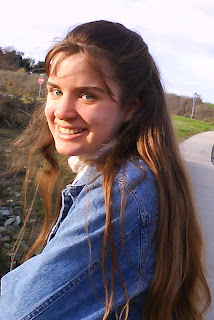 Melody & Dinah volunteered with their Grandma at the Hospice used clothing store in the back room tagging and pricing seven bins of clothes. 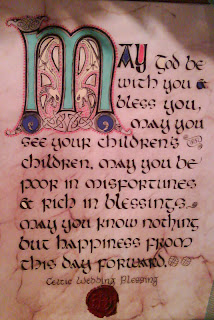 Mark Rushdoony's sermon conclusion was,
In Obediah, God makes a point of showing
His wrath against the Edomites who symbolize all those
that show disdain for God's covenant people. ~Es

In spite of Edom's technology and advanced learning,

Edom did not rule, God did.

Today, the Beijings and Washingtons of the world

may think they rule, but God does.  ~R 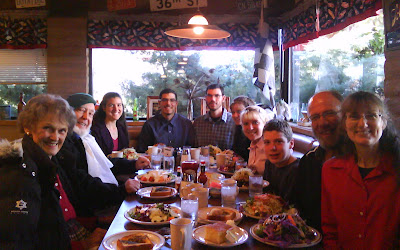 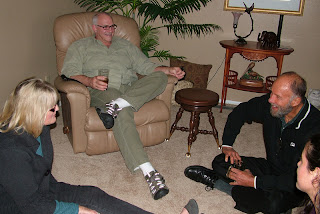 Old Friends
Posted by Esther at 12:39 PM No comments: 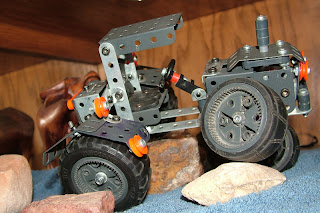 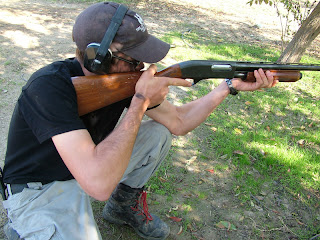 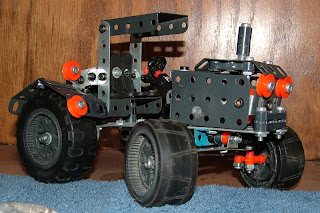 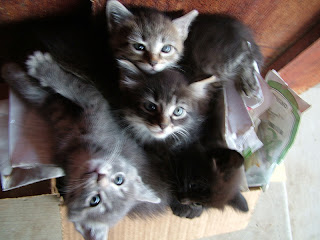 Kittens love to be close. 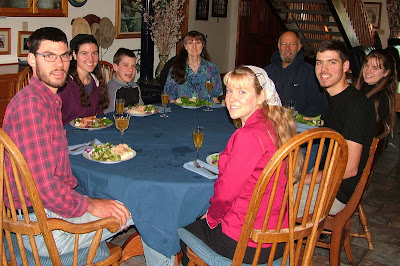 The homeschool movement represents the essence and best hope of a free society in which individual families decide freely how to educate their own children.  Its growth is the best indicator that “free men do not wait for the future; they create it.”

“There is no doubt that the decline of Christianity in America is due to the capture of its educational institutions by the humanists. The process started as early as 1805 when the Unitarians took control of Harvard University and began their long-range campaign to eradicate Calvinism as the chief spiritual and cultural force in America.” R. J. Rushdoony, Messianic Character of Education, p. 333

Rousas J. Rushdoony has done more to advance the cause of educational freedom in America than any other Christian theologian. “The Messianic Character of American Education,” first published in 1963 is a monument to independent scholarship and historical investigation. In that book we see clearly delineated the philosophical conflict between humanism and Christianity that has raged for decades throughout American culture and particularly in the field of education. Education is basically a religious function, even when it is atheistic, and Christian education is hardly viable without religious freedom.
~Samuel Blumenfeld, Revolution Via Education


“Since the old God has been abolished, I am prepared to rule the world.” ~Nietzshe
This is the meaning of humanism’s inescapable totalitarianism. Total government is [for them] a necessity, and everything in man requires it. Humanism seeks to abolish the God of Scripture and rule the world.
~RJ Rushdoony, Roots of Reconstruction p. 11
Books available from Chalcedon Store - Chalcedon
Posted by Esther at 9:56 AM No comments:

"My legislation is simple. It establishes that airport security screeners are not immune from any US law regarding physical contact with another person, making images of another person, or causing physical harm through the use of radiation-emitting machinery on another person. It means they are subject to the same laws as the rest of us."
"The solution to the need for security at US airports is not a government bureaucracy. The solution is to allow the private sector, preferably the airlines themselves, to provide for the security of their property. As a recent article in Forbes magazine eloquently stated, “The airlines have enormous sums of money riding on passenger safety, and the notion that a government bureaucracy has better incentives to provide safe travels than airlines with billions of dollars worth of capital and goodwill on the line strains credibility.” In the meantime, I hope we can pass this legislation and protect Americans from harm and humiliation when they choose to travel." ---Dr. Ron Paul

JBS is the John Birch Society.

It is a patriotic, educational force, the foundation and rallying point for Americanism. Our (JBS) motto: Less Government (under God), more responsibility (under the Ten Commandments), and with God's help, a better world. Education is our (JBS) total strategy, truth our only weapon. The social Democrats and Communists have repeatedly called Birchers their worst enemy.

Samuel Blumenfeld's prolific writings (and speeches) were our 1983 introduction to the JBS.
Posted by Esther at 1:33 PM No comments:

Call, fax, and email your senators right away.  Urge them to stand up for the free market, family farms, and local food producers by rejecting S-510, this Big Agriculture - Empowering Bill.

"As man becomes passive man, the way that the totalitarian State wants, he places himself under the domination of a new god, a totally new divinity, which in our case in the U.S. are social engineers and the scientific, secular, sovereign state. That’s the new divinity. And to the extent that we submit to this divinity we violate the 1st commandment." ~Geoff Botkin

Harold Rugg stated, in his book "The Great Technocracy," that "The chief function of schools is to plan the future of society." 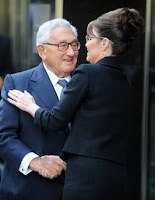 A just-released transcript of a meeting between Henry Kissinger and a Turkish Foreign Minister 35 years ago provides a bombshell quote that will go a long way toward solidifying the former Secretary of State's reputation as one of the most Machiavellian insiders of American politics and diplomacy in the 20th century. 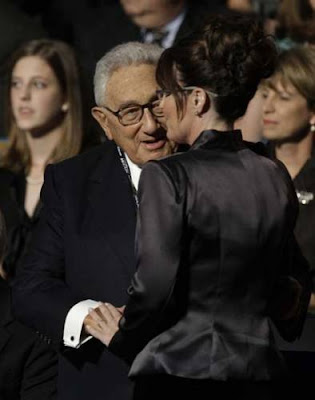 Kissinger:
"The illegal we do immediately;
the unconstitutional takes a little longer."
Posted by Esther at 4:46 PM 2 comments:

At last we see him as he is
and the henchmen in congress too! ~David
Posted by Esther at 12:35 PM 2 comments:

I Timothy 1:5 ...Now the purpose of the commandment is love from a pure heart, from a good conscience, and from sincere faith 9...the law is not made for a righteous person, but for the lawless and insubordinate, for the ungodly and for sinners, for the unholy and profane, for murderers of fathers and murderers of mothers, for manslayers, 10 for fornicators, for sodomites, for kidnappers, for liars, for perjurers, and if there is any other thing that is contrary to sound doctrine...
Posted by Esther at 1:46 PM No comments:

"Commercial [reading] programs...are mostly based on the notion that learning a sight vocabulary [commonly the Dolch word list] is the first step in learning to read. Actually it's the first step toward becoming dyslexic..."
And when you consider that our museums are now filled with over 100 million fossils of 250,000 different species and not a single series of transitional forms has been found among them, one begins to suspect that a gigantic hoax is being perpetrated by the scientists.” ~Samuel Blumenfeld, Revolution Via Education

http://www.howtotutor.com/
Posted by Esther at 6:21 AM No comments: 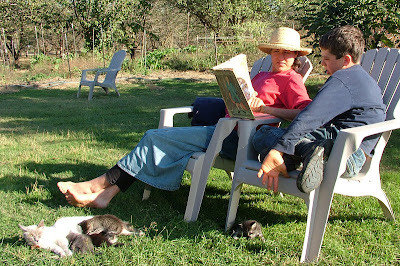 David exclaimed,
"It's not hard to raise children.
You just bring them along."
We have.
They learn mature values,
learn to bless others
and learn to create
their own entertainment. ~Esther 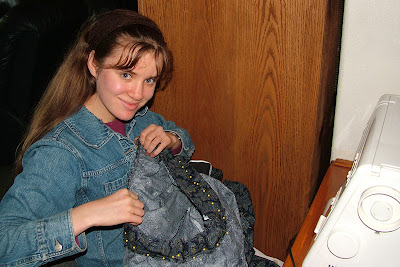 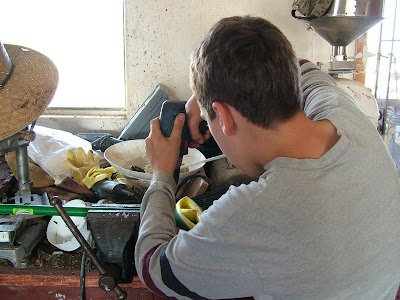 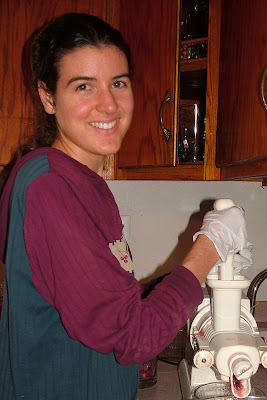 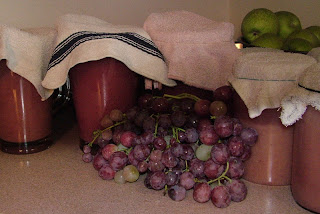 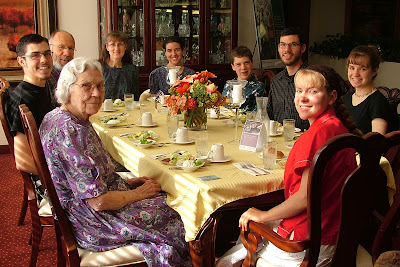 First Course of our
Early Thanksgiving with Grandma 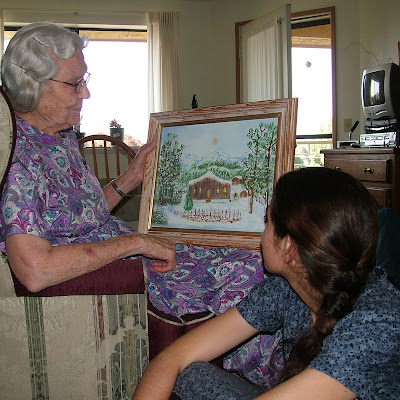 Grandma loves to tell about her growing-up years. 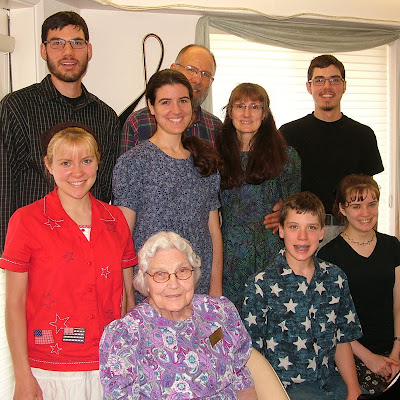 We are blessed to have Grandma.
Posted by Esther at 2:29 PM No comments:

‎"Our great need is repentance, revival, and reformation to be saved. To line our lives, our families, our churches, our education, our charity, our economics, our arts & entertainment, and, yes our politics up with the righteous & happy rule of Christ revealed in His Word. Nothing less will suffice." ~Les Riley
Posted by Esther at 9:00 PM No comments:

Email ThisBlogThis!Share to TwitterShare to FacebookShare to Pinterest
Labels: exercise

Other countries have no right to stop Arizona legislation.

Email ThisBlogThis!Share to TwitterShare to FacebookShare to Pinterest
Labels: Independence


The 2010 Grand Prize Winner from Vision Forum on Vimeo.


The ‘Best of Festival’ Jubilee Award — with its $101,000 cash prize — went to Agenda: Grinding America Down, a documentary that traces the alive-and-well socialist agenda from its roots established by Karl Marx and other radical revolutionaries to the present day, demonstrating how that Communist ideals have largely captured America and uprooted the once-great foundation of our nation. The 92-minute film was produced and directed by former Idaho legislator Curtis Bowers.
“I want to thank Vision Forum, and I want to thank Doug Phillips for the vision he has had to not only create Vision Forum that has motivated us and driven us to be better home schoolers, to be better parents, to be bonded with our children, but then the Film Festival,” continued Bowers. “I would never have made a film in my life if I had not come to the ... [Christian] Filmmakers Academy and [San Antonio Independent Christian] Film Festival just last year. I was so motivated and so inspired by what they said and what they taught us.”
“They made me realize how important this is: how powerful media can be, and how important it is that we be involved in [this arena].”


Bowers dedicated the award to his children, relating a poignant account of how his children have prayed for him since the day he shared with his family his goal to produce this documentary.
“That night when we were going to bed, I remember ... when [my son Christian] prayed, he said, ‘Dear God, help Papa’s film to win the Festival,’” observed Bowers. “Every single Friday since that Festival, my children have voluntarily fasted and prayed that Daddy wins the festival. And that is the only reason I am standing up here. I am not capable of making a movie. -- Curtis Bowers, quoted from Doug's Blog
YouTube - AGENDA - Grinding America Down (Trailer)

Posted by Regina at 2:34 PM No comments:

Every challenge is a gift.
Unwrap it with passion and excitement.
Enjoy the mystery and unfolding.
Posted by Esther at 11:07 AM No comments: