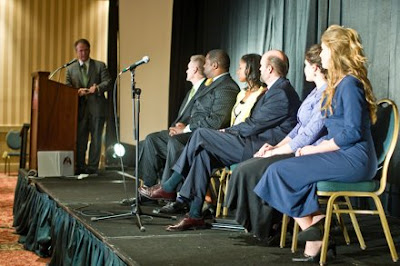 For nearly two decades I have had the opportunity to teach on the issue of creation, the family, and the Bible. Throughout this time I have had the privilege of preaching on the subject of “race” and marriage before thousands. I have always addressed the question the same way. This weekend at the Father and Daughter Retreat the question was asked again. Here is how Dr. Voddie Baucham and I answered the question:

QUESTIONER: “...How does race fall into you and your daughter’s choice in a man?”

DOUG: “I’ll give you my answer. The Bible teaches that there is only one race. And that is the human race. So, consequently because there is only one race (and that’s the human race), we’re all of one blood.” Therefore, all men and women are qualified for marriage—not on the basis of their melanin count—but on the basis of other things all-together.”

“So from my perspective, anti-miscegenation laws are unbiblical and are wrongful. Prejudices which prohibit inter-marriage based on so-called skin color are deviant, ungodly, and unscriptural. That’s my perspective. Would anybody else like to add to that?”