Why Are Some Believers Converting To Roman Catholicism?


As a Protestant missionary, I recognize that while we have serious differences and disagreements, there is also common ground, which both Protestants and Roman Catholics can agree on. We wholeheartedly endorse and believe The Apostles Creed, The Nicean Creed and The Athanasian Creed as foundational statements, which all Christians must accept if they are to be called Christians at all. Additionally, we look to the Church fathers, including Augustine, Tertullian, Origen, Cyprian, Athanasius and Polycarp. In fact, the Reformers respected, quoted from, referred to and accepted the Church fathers as their own. 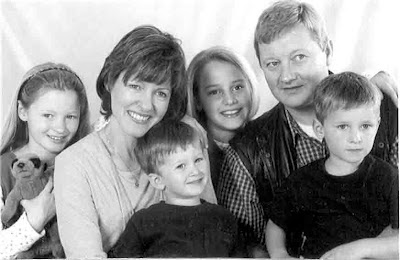 In addition, many of the saints and heroes recognized by the Roman Catholic church are also loved by Protestants as our own heroes of the Faith, including the great missionaries: Patrick, Boniface, Francis of Assissi, and many others as examples of dedicated Christians who are an inspiration to us all.
As Protestants we oppose Catholicism, but we are not anti-the-Catholic-people. In fact, it must be admitted that shamefully many so-called Protestants do not even hold to the basic minimum standards which all true Christians worldwide, through the centuries, have accepted, such as the doctrine of the Trinity, the Bible as the infallible Word of God, the doctrine of Eternal Judgment in hell, and much more.
Roman Catholics frequently are our allies in the pro-life, pro-family, pro-moral movements, standing up for pre-born babies against the violence of abortion, opposing homosexual attempts to pervert the very definition of marriage and the fight against pornography and prostitution and a host of other social and ethical issues.

Email ThisBlogThis!Share to TwitterShare to FacebookShare to Pinterest
Labels: Reformation