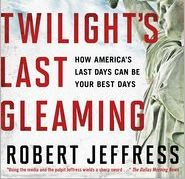 Ever since Joseph Smith pieced together the Book of Mormon and the church’s strange doctrines, this made-in-America religion has been described as a cult. Walter Martin’s The Maze of Mormonism, first published in 1962 and later incorporated in his larger work The Kingdom of the Cults, set the early standard of evaluation. But even before Martin’s work, evangelicals have been critical of Mormonism. Anthony Hoekema’s The Four Major Cults (1963) also designated Mormonism as a cult.

Last Days Madness: Obsession of the Modern Church
Only $19.95
There is an aspect of Pastor Jeffress’s belief system that is also “cult like,” something that he shares with Romney and the Church of Jesus Christ of Latter-Day Saints, with an emphasis on “Latter-Day.” Jeffress and Romney believe that we are living in the last days. Not only does Jeffress share this belief with Mormons, he also shares it with Jehovah’s Witnesses. In fact, Jeffress has made the end times the center-piece to his ministry. Jeffress has written Twilight’s Last Gleaming which is about America’s “last days.” For all his posturing about how we can delay the inevitable, there is no way to delay it.
The Jehovah’s Witnesses follow an end-time scenario that is not much different from the one outlined by Jeffress. There are the obligatory references to nation rising against nation, and kingdom against kingdom, earthquakes, pestilence, and what they believe is a yet future preaching of the gospel into all the world of our day...


The prophetic views of Mr. Jeffress are more dangerous than those of Mitt Romney because tens of millions of Christians believe that we are living in the last days, read books on the last days, and, listen to big-name pastors and teachers on the last days. Their last days beliefs affect the way they view their world. Why polish brass on a sinking ship?
The worldview of Mr. Jeffress is schizophrenic and self-defeating. Mormonism is cult like, and so are the end-time views of Pastor Jeffress.
Read More: Isn’t End Times Madness “Cult Like,” too?
Posted by Lance
Posted by Esther at 11:05 PM