In Memory of Michael Billings 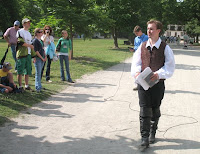 From Nathaniel Darnell:
[November 4th] was the first anniversary of my friend and brother-in-the-Lord Michael Billing's entrance into the gates of Heaven. The Lord took Michael home a year ago as he was driving back from a Ligioner Ministries Conference, but since his death Michael's testimony has become a challenge and blessing to people around the country and beyond.