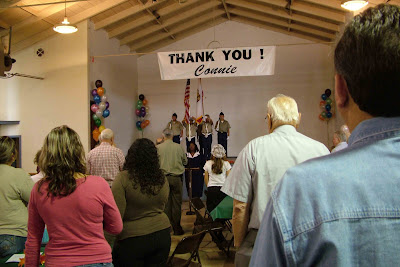 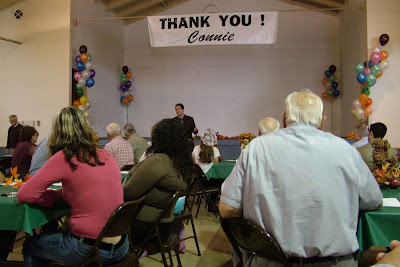 Pixley is proud of Congressman Devin Nunes.
His parents lived here, had a dairy in Alpaugh,
sold it and now have a dairy in Iowa.
They came to put up Devin Nunes signs
and are here again to take them down
and see their new grand-baby.
His mother is still a member of the Women's Club. 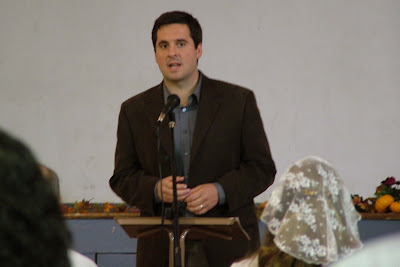 Congressman Devin Nunes votes constitutionally with Ron Paul about half the time. 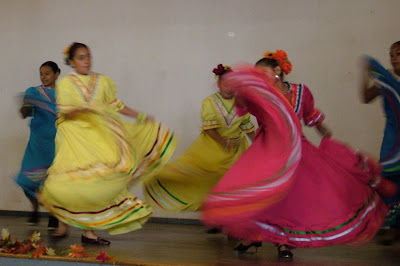 One gal is in David's classroom. 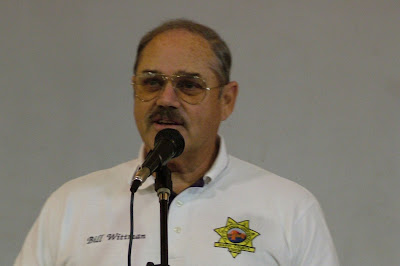 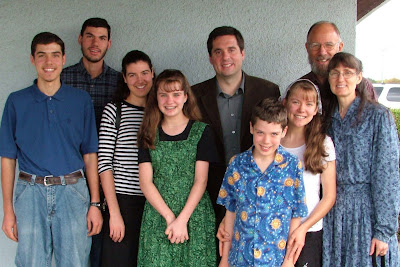 Regina gave Mr. Nunes a letter asking for Congress to alleviate the energy crunch by:
*Lift the legislative ban on oil exploration in the Outer Continental Shelf (OCS);
* Repeal legislation blocking oil shale leasing on Federal lands;
*Permit drilling in the Arctic National Wildlife Refuge (ANWR);
*Expedite the refinery permitting process to allow construction of more oil refineries;
*Eliminate the regulatory barriers to the building of nuclear power plants; and
*Encourage the utilization of coal by reversing legislation and executive orders that prevent the mining of clean-burning coal deposits. 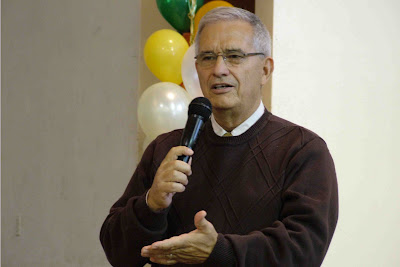 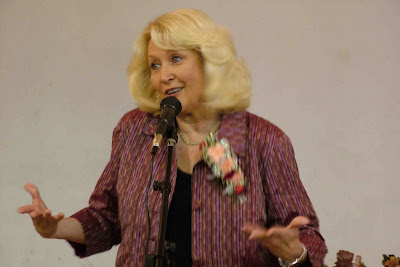 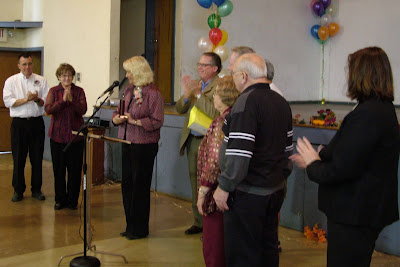 Many Good-byes for Connie Conway. 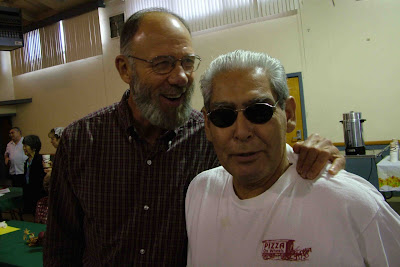 The father of one of David's students last year.
Dan owns the Pizza Parlor in town. 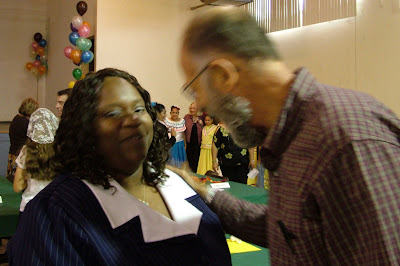 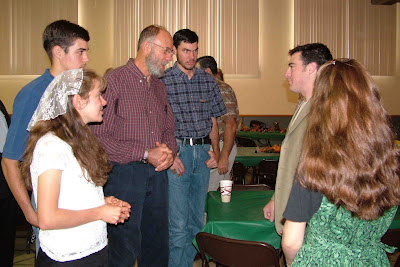 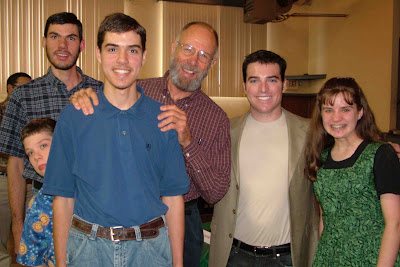 Pete Vanderpoole's degree is in Environmental Studies.
He is replacing Connie Conway as County Supervisor. 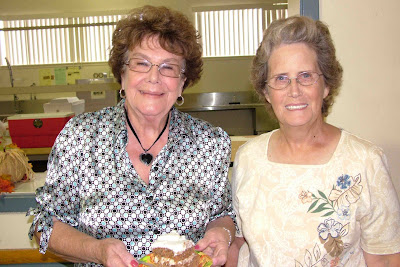 Christine [use to be Jackson] is on the left.
She referred us to her brother Hubert
who had property to sale in 1991.
From him we bought this 9 3/4 agre parcel.
We are hoping to buy the other 1/4 acre soon.
Diane & Maxine
Diane, on the left, is the mother of Devin Nunes.
Maxine is a neighbor on our street. 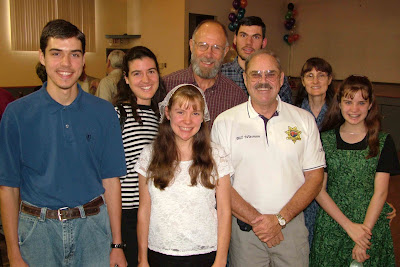 Bill Wittman said, "You must go to a good church!" 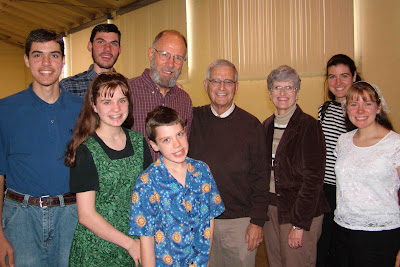 September of 1980. Sandy and Wayne were expecting Randy, their youngest. Wayne took her along to hire a new teacher. While they considered a black woman from San Francisco, to make ratings for the ethnic balance look good, they enjoyed the hospitality of Jack & Bev Irvine who advised them to consider hiring their friend from Melrose Baptist, David Seppi, who was teaching in a juvenile hall.
Jack talked with David and encouraged him to go, or "You may miss out on what God has for you." Jack and Bev knew my housemate and I from an Inter Varsity Family Camp on Catalina directed by Sandy's father Mel and her brother Paul Friesen. Jack & Bec taught crafts. Nola and I taught youth groups. 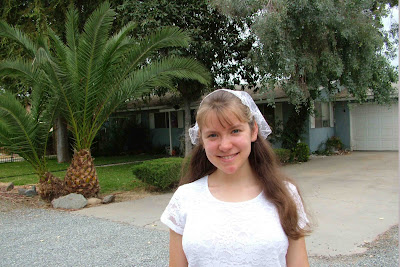 Dinah remembers the years in the little house in town. She loved seeing our elderly neighbors outdoors on each side of us. I don't think any are still living.
At about 4 and 5 years old, she would call, "Hi Bob and Jenny!" The older couple loved her. Mr. Yokum thought she was saying, "Hi Bobby Lee!" He was amazed anyone around knew his middle name. When they came over for dinner, Bob told us his story of why he walked with a limp. Bob was caught up in a cotton tumbler and left tumbling for about an hour before he was discovered.
Neighbors to the west there were Vernon & Ruth Waits. Ruth was a friend from church. When Dinah was born, Ruth brought over soup and a pie. 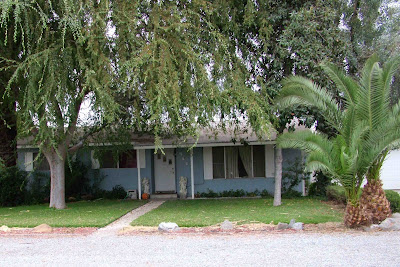 This was our first home. It has three bedrooms and two baths, 1128 square feet plus a 400 square foot garage. God gave us all of our seven children while living there. We used the living room partly as a fourth bedroom where Lance and Victor slept.
Posted by Esther at 8:51 AM

Email ThisBlogThis!Share to TwitterShare to FacebookShare to Pinterest
Labels: Our Town

Amazing.. so now, the wide spot in the road with the cheapest fuel around those parts has names, faces, history, scenes..... the very name has always fascinated me, too. In the last few years whenever I've pulled off the highway and gone through town, I've always felt it to have a "good spirit" about it. Last time I almost stopped in at one of the interesting looking Mexican taquerias, but wasn't quite hungry enough and wanted to get into the LA area before traffic got insane later in the day (which I barely made in time...)

Interesting, that bit about concealed carry permits. Ten in LA county, eh? And over four thousand in Tulare County? Consider that in terms of permits per resident, and its even worse. That means one of two things, for LA. Either none of its law abiding citizens are armed, or that none of those carrying are legal. In either case, no question which county is the safer for its citizens. (and its NOT the one south of the Tehachapis).

Thanks for the "inside look" at Pixley... fun stuff.

Thank you so much for sharing this. It was wonderful to see some old friends and acquaintances. A little walk down memory lane. Christine looked great. I didn't know that Wayne had retired, he doesn't look retirement age:)