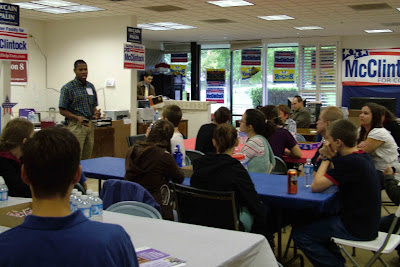 Tony led our morning devotion.
Let your light so shine before men
that they may see your good works
and glorify your father in heaven.
Be a city on a hill
Everything you do on a hill is watched. 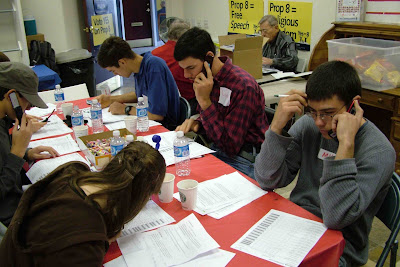 Phone Banks
Sam had a question from a voter,
he asked Mr. McClintock, Are you for "Fair Tax" or "Flat Tax"
He called his person back and reported, "Flat Tax."
We had competition.
Even young ones called as many as 500 in a day.
Homeschoolers and their parents were calling side-by-side. 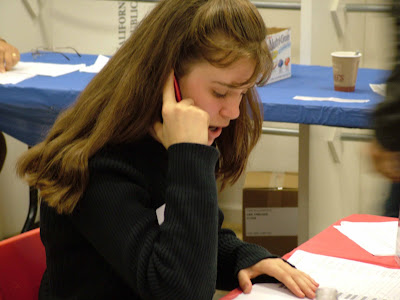 It was always a delight to hear "YES"
the person is voting for Tom McClintock. 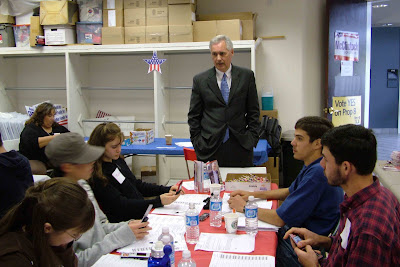 It was an honor to campaign for Mr. McClintock 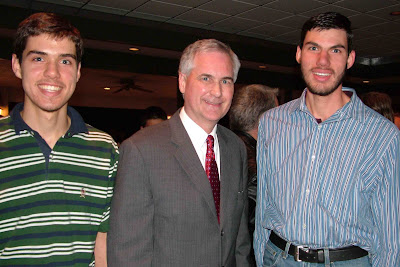 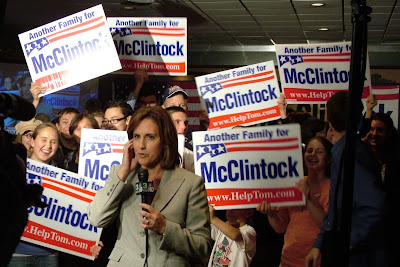 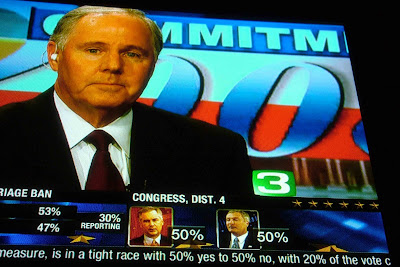 Nearly a week after the election, the campaigns for Democrat Charlie Brown and Republican Tom McClintock are both waiting to see how thousands of provisional and vote-by-mail ballots turn out in the 4th Congressional District race.

The most recent results as of this afternoon show McClintock, leading by 970 votes, out of more than 313,000 cast. 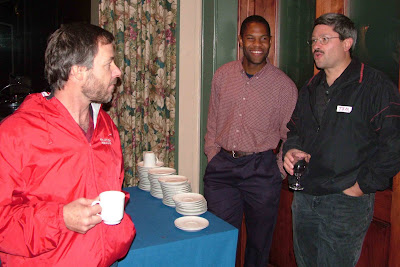 Tony, center,is from San Antonio worked for Vision Forum.
He studies at Patrick Henry College
He hopes to help police departments improve their intelligence gathering.
Tim, on the right, brought his son from the bay area and worked together with him on the campaign.
He joined our meet-up. 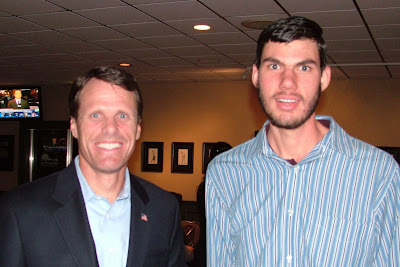 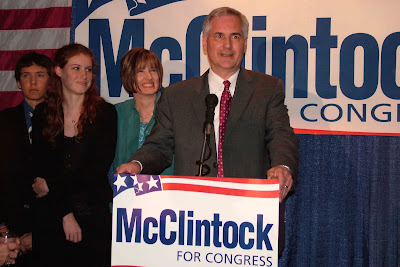 Ladies to the left of the family were his mother and mother-in-law.
His mother-in-law, Marilyn, said to Regina,
"When Tom says something he means it.
I couldn't be more proud of my own son.
When he says he'll do something.
he does it! 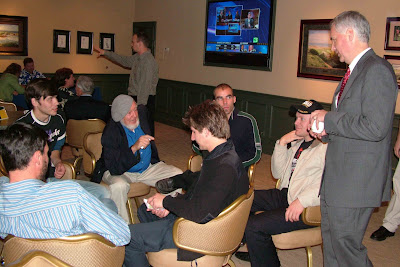 Mr. McClintock joined the guys around 12:30 AM

They were pleased to gather around and pray for him.

We did the same kind of campaigning here for Ron Paul and another like minded man running for our congressional seat. We called, passed out flyers, and told people about the importance of voting for these two candidates. We even made huge signs for our trailer and then drove in a parade.

I hope that Mr. McClintock wins!